The Appeals Department of the Bulgarian Patent Office (BPO) confirmed in its entirety the Decision of the Opposition panel for total refusal of protection for International Trademark No 1086657 – 3Max in Bulgaria. The Opposition had been filed by 3M Company, represented by the team of IP Consulting, based on Article 12, paragraph 1, item 2 of the Bulgarian Law on Marks and Geographic Indications – likelihood of confusion due to likelihood of association with several earlier trademarks of 3M Company, among which EUTM 7452428 and EUTM 4214532.

The compared trade marks are as follows: 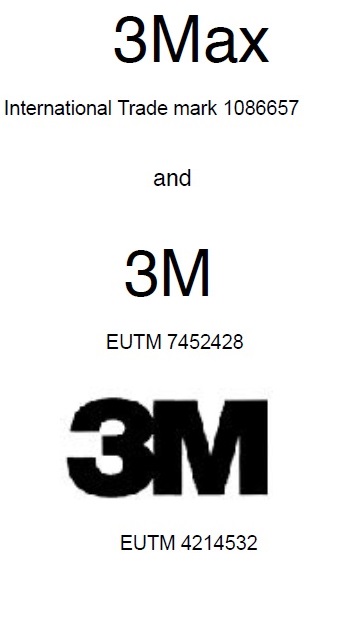 Following the Appeal of the applicant, the members of the Board of Appeals confirmed the analysis of the experts from the Opposition Department which had found that the goods to which the Contested sign and the earlier marks relate are identical.

Furthermore, BPO concluded that the marks in dispute are visually and aurally very similar. In accordance with what the team of IP Consulting had pointed out, the experts reaffirmed the principle that the public generally perceives short signs or terms with all their single elements.

Taking into account that the Contested sign includes entirely the sign of the opponents’ earlier marks – “3M”, the panel considered that this might lead part of the public to associate the Contested sign with the registered trademarks. In this regard, the Board of Appeals referred to a previous Decision by the President of the Bulgarian Patent Office which defined the earlier figurative mark 3M as well-known for part of the goods to which the Contested sign relates.

Considering all the above, the Bulgarian Patent Office refused protection of International Trademark No 1086657 – 3Max for all goods in Bulgaria.