The CJEU: No likelihood of confusion due to weakly distinctive elements of trademarks

With judgment of June 18, 2020, the Court of Justice of the European Union (CJEU) confirmed that in case of two conflicting trademarks, if the earlier trade mark has even weakly distinctive elements, often there is no likelihood of confusion. 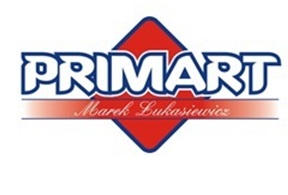 In this case (C-702/18 P, Primart vs. Bolton Cile), the defendant – Bolton Cile España, filed a notice of opposition against the EUTM “PRIMART”, based on the earlier Spanish trade mark “PRIMA”. The EUIPO’s Board of Appeal upheld the opposition and refused the trade mark application on the basis that “there was a likelihood of confusion on the part of the relevant public.”. The General Court of the European Union confirmed the decision.

It is apparent that, the General Court hadn’t regarded the appellants arguments, related to the weak distinctive character of the earlier trade mark. Furthermore, the Court found the arguments inadmissible and reached the same judgement as EUIPO’s Board of Appeal. The outcome would be different, if the Court considered all the facts, as it is said in paragraph 52 of the CJEU’s judgement:

“Consequently, it cannot be ruled out that, in the present case, the General Court would have reached a different conclusion to that reached in the judgment under appeal if it had regarded the appellant’s arguments relating to the weak distinctive character of the earlier mark as admissible. In particular, in such a situation, it could have accepted those arguments and, consequently, found that there was no likelihood of confusion.”

In conclusion, as it follows from the above, the CJEU set aside the judgement of the General Court.

Thus, in many cases, an earlier trade mark can provide protection to its non-distinctive elements, which is good news for the European trademark community.