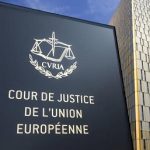 A request has been made for a preliminary ruling from the Supreme Court in Sweden, in connection with two disputes, concerning the classification, from the copyright perspective, of the hiring out of motor vehicles equipped with radio receivers.

One of the parties – Swedish organization which collectively manages copyright in music argued that the rental of cars equipped with radios is unauthorized communication to the public of musical works within the meaning of Law № 279 of 1960 on copyright (the UL), which transposed Directive 2001/29 into Swedish law.

The Court is faced with the question of whether renting vehicles equipped with radios that allow customers to listen to music recordings constitutes “communication to the public”?

Even more in the Judgement of 02.04.2020 the Court emphasizes the indispensable role of the user, whose limited intervention must in fact be equated with the mere provision of technical equipment which does not constitute communication to the public, according to recital 27 in the preamble to Directive 2001/29.