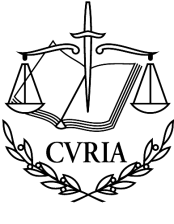 According to the Court of Justice of the European Union, appeals in cases which have already been considered twice will be allowed to proceed, wholly or in part, only where they raise an issue that is significant with respect to the unity, consistency or development of EU law.

In the context of the reform of the structure of the courts of the European Union, the Court of Justice and the General Court undertook an overall review of the jurisdiction exercised by them and considered whether certain changes should be made, in particular to the manner in which appeals are dealt with by the Courtof Justice.

It is clear from the review undertaken that many appeals are brought in cases which have already been considered twice, initially by an independent board of appeal, then by the General Court, and that many of those appeals are dismissed by the Court of Justice on the ground of manifest inadmissibility or because they are manifestly unfounded.

In order to enable the Court of Justice to concentrate on the cases that require its full attention, it was therefore suggested, in the interests of the proper administration of justice, to introduce, for appeals relating to such cases, a procedure whereby the Court of Justice will allow an appeal to proceed, wholly or in part, only where it raises an issue that is significant with respect to the unity, consistency or development of EU law.

Under the new rules, an appeal brought against a decision of the General Court concerning a decision of an independent board of appeal of one of the following offices and agencies will not proceed unless the Court of Justice first decides that it should be allowed to do so:

In those cases, any appeal must be accompanied by a request that the appeal be allowed to proceed, not exceeding7 pages, in which the appellant sets out, clearly, the issue raised by the appeal that is significant with respect to the unity, consistency or development of EU law. If there is no such request, the appeal itself will be declared inadmissible.

If the request complies with the formal requirements prescribed, the Court of Justice will rule, as soon as possible and by reasoned order published on the Court’s website, on whether or not the appeal is to be allowed to proceed. That decision will be taken, on a proposal from the Judge-Rapporteur and after hearing the Advocate General, by a Chamber specially established for that purpose, presided over by the Vice-President of the Court and including also the Judge-Rapporteur and the President of the Chamber of three Judges to which the Judge-Rapporteur is attached on the date on which the request is made.

The General Court and, if they were not parties to the proceedings before it, the Member States, the European Parliament, the Council of the European Union and the European Commission will also be informed by the Registrar of the Court of Justice of the decision that the appeal should be allowed to proceed.

Source: Court of Justice of the European Union