According to the Opposition Division, the earlier trade mark enjoys a normal degree of distinctiveness. The contested goods have been found partly identical and partly similar to various degrees and partially dissimilar. The level of attention of the relevant public is normal.The trade marks have been found visually and aurally similar to a high degree and conceptually not comparable. 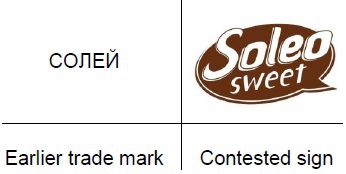 The Opposition Division established that the earlier mark enjoys a normal degree of distinctiveness. The remaining contested goods have been found identical.

Taking into account all the presented facts, the Opposition Division decided to upheld the opposition filed by IP Consulting for all the contested goods. Furthermore, the applicant of the contested trade mark shall bear the costs, fixed at EUR 650.