Velikhov & Co OOD, represented by the team of IP Consulting, Ltd. with successful opposition under Article 8 (1)(b) EUTMR

The signs were found visually similar to an average degree and aurally identical. In conformity with the settled case-law, the Opposition Division confirmed that this would result in the contested goods, offered under the contested sign, being perceived as originating from the same undertaking as the goods of the opponent’s goods, or, at least, it may be perceived that there is an economic link between the undertakings offering the goods in question. Moreover, the Opposition Division concluded that the Bulgarian-speaking public may perceive the contested sign as merely the Latin transliteration of the earlier Cyrillic sign.

Considering the above, the opposition was upheld for all the contested goods and EUTM application No 14 667 174 was rejected in its entirety. 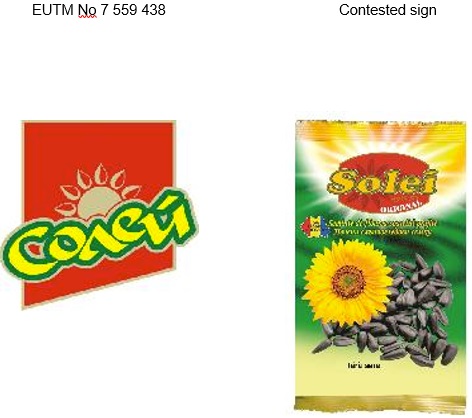 EUIPO fully upholds an opposition filed by the team of IP Consulting, Ltd., against EUTM application No 13 438 197 BUON APETITOSofia City Administrative Court reversed a Decision by the President of the Bulgarian Patent Office to revoke the Bulgarian trademark No 29314 ГРАДИНА GRADINA